(Opening scene: Barney and Miss Beazley come downstairs onto red carpet in the Cross Hall. The title "Barney's Holiday Extravaganza," appears in gold script as Barney and Miss Beazley run by. Many are busy at work preparing ornaments, garland, ribbons and wreaths to decorate the White House. View of the Oval Office from South Lawn outside the Rose Garden. Transition inside the Oval Office where President Bush, seated at his desk, talks with Barney who is sitting on a chair across from him.)

President Bush: Barney, it’s time for BarneyCam. Are you ready for it this year? Say, what’s the plot about? (Close-up of Barney, blank look.) I can see from the look on your face, Barney, that you haven’t even thought about the plot. Hey Barney, you better get started and you better run along right now!

(Barney jumps off the chair and walks down a couple hallways, passing Christmas trees with white lights. He enters the library and noses through various books on filmmaking and theatre production. After completing his research, he has an idea to plan a holiday show called "Barney's Holiday Extravaganza" which pops up in lights on a marquee over his head in a thought bubble. Transition to Barney meeting in the Office of Management and Budget with OMB Director Rob Portman and Secretary of the Treasury Henry Paulson. Director Portman and Secretary Paulson are seated at a table with budget proposals in hand, Barney is seated between them.)

Director Portman: Barney, we've reviewed your budget request for the Extravaganza and I’ve got some bad news. Mr. Secretary?

(Barney looks up, awaiting their answer.)

Secretary Paulson: Barney, there’s no easy way to say this, but we’re out of money.

Portman: Barney, you’re going to have to get creative.

(Close-up of a door with two signs, one reads "Barney's Holiday Extravaganza," the other reads "Auditions." Door opens and Secretary of Education Margaret Spellings walks out dejected.

Secretary Spellings: (Sigh!) I did my best, but Barney said I can’t dance!

Spellings: (Dials cell phone) I just don’t get it. I didn’t make it. I did everything you said.

Emmitt Smith: (On cell phone) You did your best, Margaret. Continue to follow your dreams and do not get discouraged. Look what happened to me! Look, I gotta go now. I gotta go dance. I’ll talk to you later. Bye bye.

Spellings: You’ve got to be kidding me.

Rove: Well, maybe better luck next year, Margaret. Look, I gotta rehearse, can you help me out here?

(Close-up of Barney’s paw swatting at blueprints of the new Press Briefing room. Barney scopes out the space - currently under construction - in hopes of using it for the Extravaganza. He leaves the work zone and heads to the office of White House Press Secretary Tony Snow. Barney sits at Tony's desk reviewing new blueprints for his show. Snow enters.)

Tony Snow: Barney, good to see you, man! Happy Christmas. Ready for the Holidays? Got everything all bought? (Tony hangs his coat on the back of the door.) Hey look, just one little piece of business. I know you’re doing a show. (Barney reading blueprints.) Show’s a good thing, it’s great. I’m really happy you’re doing it, but I’ve got one little bone to pick. Don’t mind if I say that, do you? You can’t have the press room, OK? It will really tick them off!

Gary Walters: Dale, can you believe in the middle of this, Barney just came to me and said that he wants to turn the Red Room green, the Green Room red and then the Blue Room, of all things, into black and white polka dots?

(In lower Cross Hall, members of the "President's Own" United States Marine Band auditions for the show. Barney leaves the audition early.)

MSgt John Abbracciamento: I thought we sounded really good. I asked Barney if he wanted us to play anything else, but he said “We’ll call you.” Gosh, I hope we end up in the show.

(Mrs. Laura Bush, holding Miss Beazley and Kitty, finds an exhausted Barney in the Cross Hall of the White House.)

Mrs. Bush: Barney, are you OK? I know you’re trying to put a show on around here, right in the middle of the decorating. In fact, you’ve created sort of a stir. I wonder if you need some help. I think Kitty or Beazley would be glad to help you. Wouldn’t you, Beazley?

(Seeking inspiration for the Holiday Extravaganza, Barney, Miss Beazley and Kitty run around the White House playing with ornaments and showcasing all the different rooms and decorations as they go. On the night of the premiere, guests begin to arrive for the big show. One celebrity attendee stops for a brief interview along the red carpet.)

Dolly Parton: Oh, I wouldn't have missed this for nothing in the world. I'm intendin' to have a doggone good time with Barney!

(White House Chief Usher Gary Walters, Barney and Miss Beazley peek out from behind the show curtain to catch a glimpse of the audience.)

Walters: Well, Barney, after a lot of hard work, it’s almost show time. Wow! There’s a big crowd out there! Can you see? (Miss Beazley looks, too.) Alright, shhh, we’re getting ready to start.

(The Holiday Extravaganza features dancers with red ribbons dressed in vibrant colors, sing-along caroling, leaping ballerinas and marching soldiers. The show ends and the audience applauds as Barney takes a bow on stage joined by Frosty the Snowman, Santa Claus and Rudolph the Red-Nosed Reindeer. Transition to Mrs. Bush sitting with Barney, Miss Beazley and Kitty in front of the White House Christmas tree in the Blue Room.)

Mrs. Bush: Barney, Miss Beazley and Kitty, you put on a wonderful Holiday Extravaganza. I know you’re tired now. I’m so proud of you. President Bush and I wish everyone a very happy holiday.

02 Carol of the Bells

04 Miniature Overture from The Nutcracker 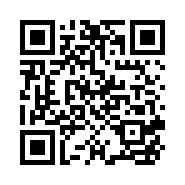